Raise Your Voice For Hope – Inspired By Brittany Maynard

With the passing of Brittany Maynard, Voices Against Brain Cancer, along with many people nationwide are mourning her loss. As members of the brain cancer community, we keenly understand how devastating and insidious a disease it can be.

While Brittany’s story has touched us all, the stories of thousands
of men, women and children fighting this cancer whose voices have not yet been shared. As such, our mission is to raise awareness of the need for greater research and fundraising that can lead to a cure.

In tribute to those we have lost and to those who have defeated brain cancer, we invite you to share your voice of hope and inspiration with us. A particularly compelling voice seen in the news last year, Heather Knies, recently celebrated 7 years of freedom from the same brain tumor and same terminal diagnosis as Brittany Maynard. Given just six months to live, Heather defied the predictions and won her battle against brain cancer. Today, she has a loving husband and a beautiful baby girl. To help launch our campaign, Heather has agreed to share her inspiring story with us:

My intention for writing this note is to provide inspiration and for other brain cancer patients to know that there is someone out there who has walked in the very same shoes.

At the age of twenty four, I was diagnosed with my first brain tumor. Scared doesn’t even begin to explain the roller coaster of emotions I went through. I underwent my first surgery only to wake up and find out that the tumor would probably come back and be very aggressive. That was in May of 2005. As predicted, it came back as a glioblastoma multiform and I underwent my second surgery in April of 2007. Because they were not able to remove the entire tumor, I was given a very grim diagnosis – the chances of my survival even with chemo and radiation were, at most, six months.

I will spare you of the details, but I underwent 6 weeks of radiation combined with chemo, and continued chemo for nearly 3 years. Was it fun? Nope. Would I do it all again? In a heartbeat. If not, I wouldn’t have experienced meeting my husband, our wedding day, and becoming a mother.

I believe that all individuals have the right to a choice, but I feel it is very necessary to pass along a very important message -there is HOPE. Give yourself the chance to be a survivor, like me, and fight, fight, fight!

You are all in my prayers, 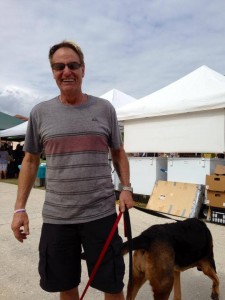 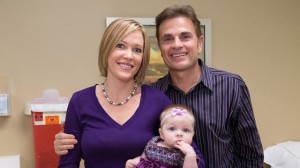 Larry Gordon was diagnosed with stage 3 astrocytoma brain cancer and leukemia 20 years ago. They gave him 6 months to live.

Today he’s a dog trainer, and a surfer, who also survived a shark bite.